On the World prematurity week, we would like to share testimonials on the use of this device by medical personnel from around the world.

Dr. Ignacio Sosa from Reina Fabiola University Hospital in Cordoba, Argentina, has been working with the Neumovent neo ventilator for almost 30 years now, and claims to be a “witness of the huge development of the Neumovent neonate ventilators and their different versions.”  Sosa believes it is crucial for a neonatal intensive care unit to have appropriate ventilators for this patient group because of the immaturity of their respiratory system, which is the most frequent pathology in these patients.  Regarding the features of the Neumovent neo ventilator, he highlights its straightforward initial configuration, user friendly interface, clear curves and loops, appropriate alarms and a very sensitive pneumochatograph and a wide variety of ventilatory modes.

From Brazil, physiotherapist Gustavo Fiche, Technical Manager of Physiotherapy of the Neonate and Pediatric ICU of Santa Casa, Belo Horizonte, Brazil, states: “having modern ventilators such as Tecme’s devices means a leap in service quality.” Fiche explains that the mechanical ventilator is crucial for the newborn baby, either due to a direct involvement of the respiratory system, or as a reflection of the severity spectrum of the systemic involvement.  Besides, he states that the Neumovent neo+ ventilator simplifies his daily work because it is easy to monitor parameters and ventilatory mechanics, display navigation, adjustments and graph analysis make processes simpler.

Also from Brazil, Dr. Simone Ribeiro, Doctor in Child and Adolescent Health at  UFMG and Coordinator of Pediatric and Neonatal Physiotherapy at the Institute of Social Security for Public Workers of the State of Minas Gerais – IPSEMG, highlights how intuitive Tecme’s software is: “An easy to learn and understand software facilitates sharing and exchanging information among the NICU team to better align decision-making for the patient.”

Dr. Sandeep Kadam from KEM hospital, Pune, India has been working with the Neumovent neo ventilator for five years now and he believes the mechanical ventilator is one of the most important life saving devices in the NICU. He assures that NIV and small volumes in ELBW babies make his work easier and it can be used not only by resident doctors but also by the rest of the NICU staff.

His colleague Dr. Sunil Gavhane from MGM Medical College, Aurangabad, India, affirms that the Neumovent neo is an easy and user-friendly device, especially for busy units such as the NICU.

Mohammed Fakhry from Al-Nahda General Hospital, Saudi Arabia states that even though he has been using the Neumovent neo device for just a year, the hospital has been using it for several years.  He claims the Neumovent neo is easy to use, easy to install and calibrate, it has good specifications, it is safe and efficient.  He also explains that using it saves time and measurements help determine patient status, therapy and prognosis.

Dr. Thomas Harry Adoe, from Rsud Bekasi Hospital, Indonesia has been using Tecme’s neonatal ventilator since 2017.  Dr. Adoe states that the device is user friendly.  Its features are easy to understand, which allows ICU personnel to help operate it since the device preparation, parameter setting through patient extubation, all of it very efficiently 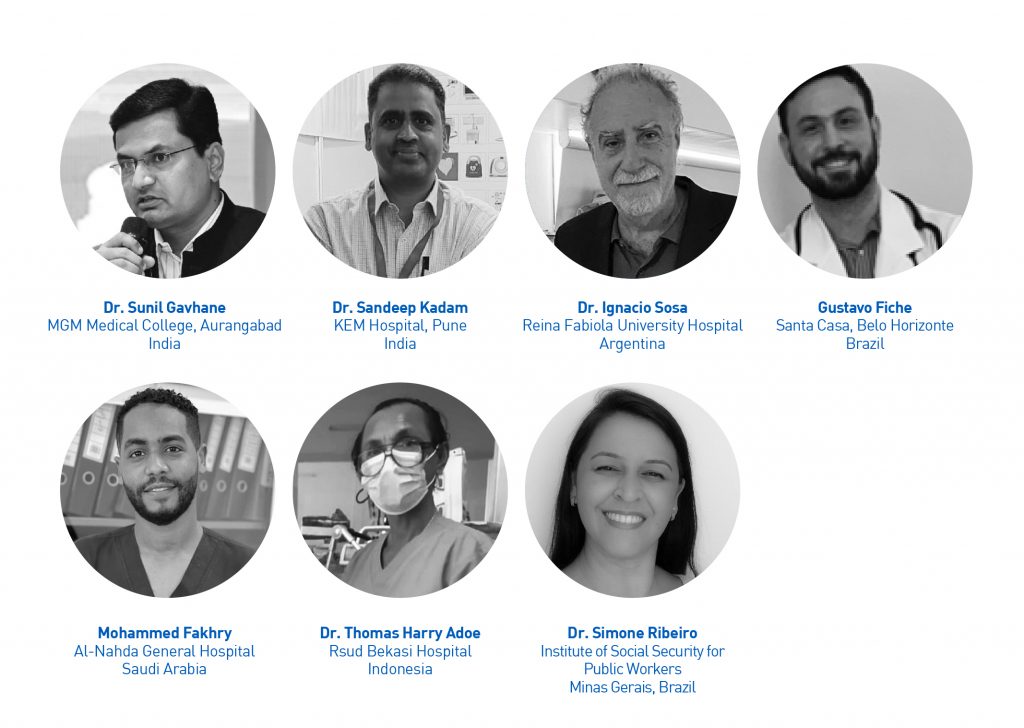 We would like to take this opportunity to congratulate and thank all the NICU HEORES around the world, who work relentlessly to save the lives of babies born too soon.  Our warmest regards to all of them as well as the families of preterm babies, who overcome these challenges so courageously.

At Tecme, we are committed to supporting the lives of preterm babies since their first breath.